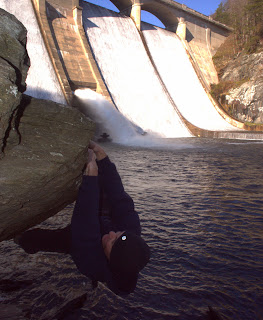 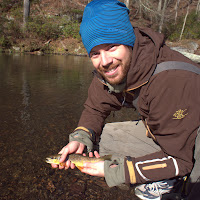 It may seem to you who have followed this blog, that the life of a climbfish is relatively easy and joyful. Although there might be some truth in this assumption I also found this educational video that shows that it isn't always so easy to be a climbing fish.

Times are a-changin'. On Monday I will start working for NOAA again. This time for the Biogeography Branch. Most of the work will be based out of the NOAA office in Silver Springs but there will also be field projects later on - mainly in areas with coral reefs within the US territory. It is very exiting and I will tell you more in time. This also means that my roaming around will come to an end as I will join the commuters to DC. To celebrate and make the most out of the time left I went with some friends to The Island.

The Island is a place where no rules of society exists. It is a land without consequences. I cannot tell you where it is, but I do have some pictures for you.


Now there are still a few days left of the week, on Thursday I look forward to celebrating my very first American Thanksgiving. And as soon as the rain pass I hope to make it out for some more outside activities.

Posted by Climbfish at 7:24 PM No comments:


Another couple of weeks of Baltimore life has passed. Somehow I have been keeping myself pretty busy with a variety of projects, but have also been sneaking away for random excursion during sunny weekdays while Anna has been hiding in the Hopkins dungeons.

Since a few days back we are house sitting George in a luxurious house by the water front in Fells point. George doesn't like me, yet, but he do very much resembles Anna. He lives in a cage, he eat seeds and drink water, and he bites me when he get the chance.

Last weekend we hosted a glorious Swedish Fish Party to finally warm our apartment. We made everybody eat pickled herring, sing swedish songs and dance the little frog dance. That was fun.


Having some more time at my disposal have made me open my eyes to things around me a little more. I was watching a great documentary movie, Gasland, at the Library in Baltimore the other day - it's about a relatively new way of drilling for gas which causes evil environmental problems, damn it oil and money! When I walked out of there I was really angry and wanted to change the world... haven't made much progress yet though... However I think the least we can do is to stay informed and keep an eye on other sources of news then our daily newspaper and TV.

Having said all that I still went with a gasoline car -94 with Bob and drove 2.5 hours to the coast to go surfing over the day. Both of us had a bad cold, but what other way is there to
get rid of all those germs then to immerse ourselves in cold salty ocean water. I finally had a chance to try out my GoPro camera on the surfboard so I put together a short film of all the crashes I made for your pleasure (to my defense the surf was clean but very dumpy as the waves hit straight onshore).

Yesterday I got inpatient with the city again and went flyfishing at Gunpowder Creek for a few hours. Of course I had to go on the only rainy day of the week, but it was actually quite cool in the foggy woods.

Counting my days of good fall weather in Baltimore with free time on my hands. I believe change is around the corner.