A windy road in Paradise - Part 1 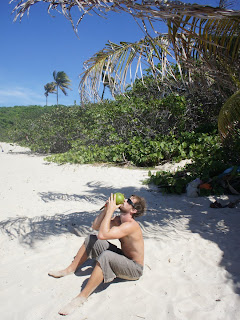 July 21. If you think working in paradise is pretty relaxing, I must unfortunately tell you that you are wrong. Though I must admit that it has its perks. Nothing really worked according to plan. It never does when you do field work but this trip has been quite exceptional. Admittedly, I had set up some fairly ambitious goals of what we could expect to get accomplished for the field expedition part 1 of our coral reef habitat-mapping project in Puerto Rico, and I did not expect to meet them all. But I was not quite prepared for what was to come. I should have known something was up when the trip started off by missing my SouthWest flight to PR due to a 1.5 hour line to the check in and an inferno of angry people.
Basically we set out to film and document a large number of seafloor locations in our mapping area between Culebra and Puerto Rico. We use the detailed onsite information to verify what we can see on the high resolution satellite imagery I have been working on the last few months. By combining the onsite information and the remote sensing data we can create an updated and detailed marine habitat map of the region. The maps will hopefully be useful to make smarter decisions how to protect and use the marine recourses available in the area further down the road.
Pretty simply stuff (except for the later part). If you have a boat. If your equipment work. If your backup of your backup does not break. If the weather is not a tropical storm. If there is money for gas. If the engine does not break down. If. If. If. I never stopped getting surprised on just what might go wrong each and every day.
In addition we lost water in the house quite a few times, and my phone got flooded and only working very sporadically. That meant that my way to communicate with the outside world was very limited (I had a slow Internet service 20 minutes golf car drive away). Fortunately we had our local DNER Captains Junito and Elia (Department of Natural Resources) who did their best to get us on the water while a large pile of administrative BS was going on in the background.


When they actually have a boat that is working and have money for gas, which apparently was quite seldom, they patrol to enforce the no take marine reserve and other areas around the island. The days when our work with DNER came to an halt for any of many reasons we got help from friendly locals who took pity to all the troubles we went through. Among others Percy from Kayaking Puerto Rico lend us kayaks and let us use his brand new dingy for a full day for free. Pretty awesome. The Culebra locals sure makes an effort to make strangers feel welcomed and after a day or two you easily get the illusion that you are a local yourself (no, you are still a tourist).
In the end we did get at least half of the work we had set out to do done in Culebra (which will give me an excuse to come back later this winter!), and we found some golden moments to enjoy the little paradise we have been working in.  I have more or less turned in to a fish and I think I can see some skin starting to form flippers between my toes. I have tried to breath in water but that has not yet worked. I will keep trying.

One week left working from the Fajardo (Puerto Rico) side, surely things will run smother there!
Posted by Climbfish at 1:35 PM No comments:

Lost in Island Time and a lesson learned

14/07/13 little behind with my internet at the moment so blog is officially on island time, phone dead, internet cable cut

I needed some lone time this past Friday after a very intense first week of work here. That worked out better then I had planned. Looking back it might not have been a great idea to hike down the islands most isolated jungle trail one hour before sunset wearing flip flops, a pair of short and a very small pack with necessities (Ginger Ale, snorkle gear, camera). The idea of getting lost flickered past my mind as I navigated barefoot through the dense bush following a tiny overgrown and poorly marked trail down the steep mountain side. Once I got down to the lowlands it turned into a bushy maze but in daylight it was fine. I watched the beautiful sunset at the beach and started to head back in my usual fashion - at the latest time possible. Lesson one. It gets dark fast here. Lesson two. It is a lot darker in the woods. Lesson three. Bring a flashlight and a fully charged phone when you set out on poorly planned spontaneous adventures. Have I learned these lessons before? Yes, but I believe they are good to repeat once in a while. Also, I didn’t really get lost, I could hear the roaring ocean all the time. But that trail head was gone. I was wandering around in the darkening bushy lowlands looking for my tiny trail thinking about the native sand tarantulas the staff at Fish And Wildlife had shown me earlier that day. Realizing that I better try and find the beach again before it get pitch black I turned around (and almost got lost again). As I found the beach I looked at my phone to discover I had no cellphone coverage and almost no batteries. Great. From there it mostly got better. I managed to text my colleage Will that I was not dead or unfaithful to my wife - just stuck at a remote beach and back in the early morning. Then I found myself a soft rock to make my home and dosed off for some well needed sleep under a milkyway sky of twinkling stars.

20 minutes later I suddenly woke up, two shadows was moving towards me. As my heart rate slowly slowed down I found myself observed on a very close distance, 2-3 meter or so, by two curious night herons. They did not want to move and I decided they where there for my protection and drifted back to sleep land again. Aaough!! !! 20 minutes later the first but not the last little sharp bite from an evil sand flee got me in the side and the mosquitoes were hovering above my poorly concealed body. (Luckily I had brought some m repellent which partly saved me). I woke up next at dawn next morning covered in little small bites. I may or may not have gone for a naked run and swim on the remote deserted beach, and may or may not have felt a tiny bit like a stranded pirate on a desolate Caribbean island. Then I got busy snorkeling as the sun snuck over the horizon - once there I might as well do some work- and some time later hiked back to now easy trail, filled with cute snakes heating in the morning sun. Culebra mean snake island for a good reason. Back out at 7.15 with a day of some pretty awesome work ahead of me.
Island time. I thought we would get at least half the work we had set out to do done here. It turns out that is probably very optimistic. With only one week left to do our habitat mapping work around Culebra we are hopelessly behind schedule.  What I though was going to be at least 6 hour of fairly efficient ocean time each day have averaged around 2-3 hours per day for a million different reasons. I think they can all be cut down to this: Island time.

I got lots of stories to to tell about the work we do here and the awesome waters around this magic little jem of an Island, but now it is time to catch some sleep before another hectic week start (we still work in DC time!). I’ll get you some good stuff from the work we do here soon... Manjana!

Also, today I busted out my fly rod to try and relax my brain with some fishing at the dock where we live. I waded/swam out to a sea grass shallow in the mangrove and was soon transfixed by the sight of a large tarpon fin chasing bait fish in the shallow water. 10 minutes later something that felt like a smaller train in full speed took my fly and immediately broke my line in a whale of a splash. Covered in mosquito bites I waded back home to go searching for a stronger line. Next time.

Posted by Climbfish at 10:52 PM No comments:

The end of a trip and the start of another

Monday July 08
Update: I now have a coconut drink in my hand ;), also driving a golf car.
Btw. Big Storm on its way

Saturday July 06
I’m sitting on the slow ferry to Culebra with a mountain of gear next to me hoping the pouring rain will stop before I make it to the other side. It was not supposed to be this way, I should by all rights have a coconut drink in my left hand several hours ago, but SouthWest Airlines wanted differently and had accumulated a lovely 1.5 hour line up to the check in so all travel plans fell apart when I missed the only direct flight for the day with a good hours marginal, send me on an expensive hastily planned alternative route with a different carrier and missing my connecting flight, which brought me to the last ferry of the day. Now I take it you don’t feel too sorry for me as I’m once again heading down to do field work in Puerto Rico, but I just needed to put my frustrating day into words. Done. 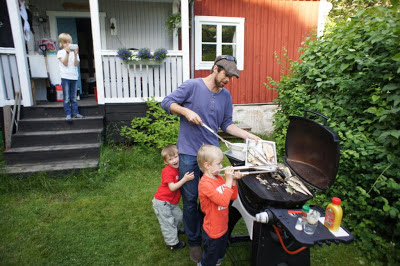 Leaving Sweden after the wedding and the tightly packed 2 week social frenzy was pretty tough, I had a cold but great time paddling with Anna on the west coast, and after we spend a few fleeing days under the midsummer sun with my family on the east coast. Much to short. 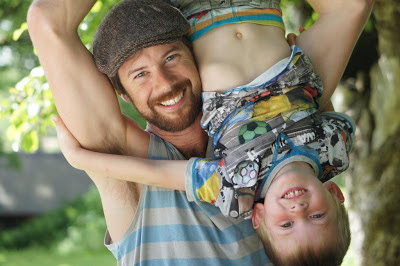 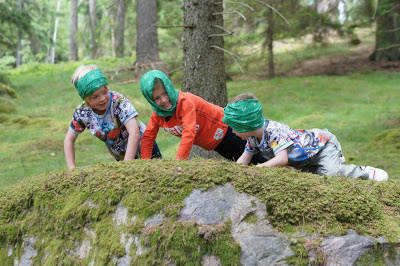 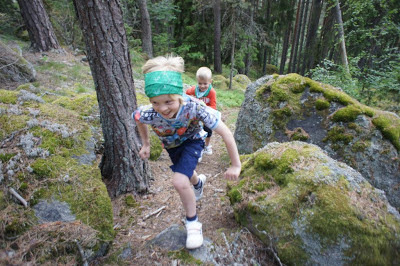 I came back rather reluctantly to a hot humid Baltimore and decided that whimpering about being back to work during the Swedish midsummer calibration it was not my thing. I quickly drove to IKEA to buy herring and invited what friends I could scramble to a Swedish style midsummer party in our backyard. Not bad. Next day I joined some bike friends out to the coast to watch the super moon and the space station fly by. It was incredibly nice and I realized that summer here might not be that bad after all.  I’m getting slightly seasick (great start of my 3 week sea odyssey out here, 20 days of none stop work from small boats and kayaks coming up). I’ll let my picture tell some more stories in my usual fashion. 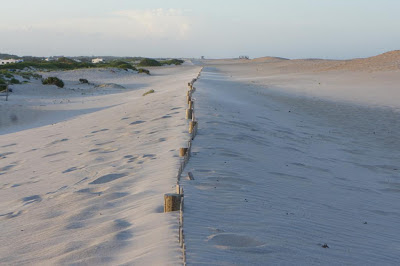 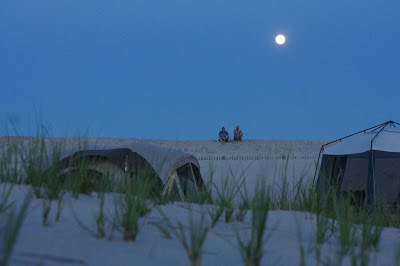 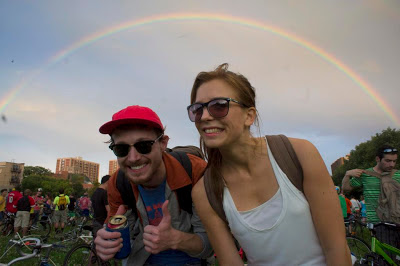 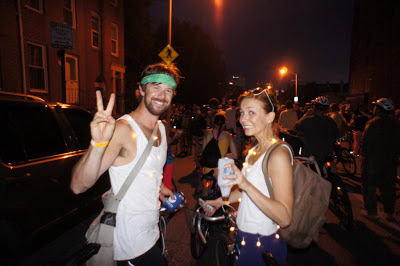 Posted by Climbfish at 6:59 PM No comments: