It's a wild world

It started with the night tour on Halloween. Me and Will had just moved to our new location Fajardo on the mainland of Puerto Rico. We were staying in San Juan de Cabeza Natural reserve in their accommodation just next to the lighthouse and got invited to a guided tour of the reserve by the rangers. We didn't really see much during the tour but the guide got us started at exploring the bush around our house. So next night we headed out with torches just outside our door. Within 10 minutes we had found our first Puerto Rican Boa Constrictor. We were so excited. Then I walked back inside just to discover that I had killed a scorpion in a bum related accident on my chair earlier. We also made friends with a number of small lizards chilling on our work computers and yesterday I got attacked by a whole battalion of ants so I had to run up to my room and take a cold shower to get them all off. Its been full on nature to say the least. 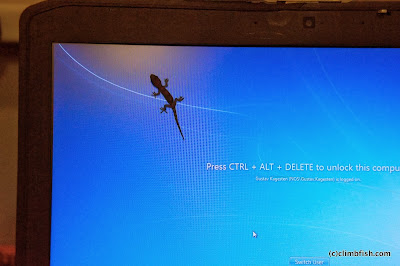 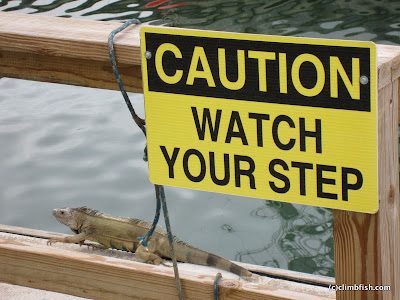 We finally finished our field work yesterday. 913 video locations recorded during 15 field days! Its been pretty insane to be honest but now it its done. "All" that remains is to process and analyze all the data back in the office, but for know I am ignoring that fact. We had some crazy weather do deal with and lots of little problems to solve just like any field mission, but we got lucky the last week and scored some calm days where we could get to a lot of tricky locations around the exposed North shore of Puerto Rico. I also did a lot of power snorkeling. Swim all you can to a site while trying to avoid getting snagged on any fire corals and waves, make a quick video recording then swim all the way back. Just to do it again a few minutes later. Not so relaxing but still got to see some cool stuff and got a workout at the same time. One of the best snorkels was on a distant off shore reef where I encountered one of very few sharks we saw, a calm and beautiful nurse shark who let me come really close and follow it around the reef for a while. 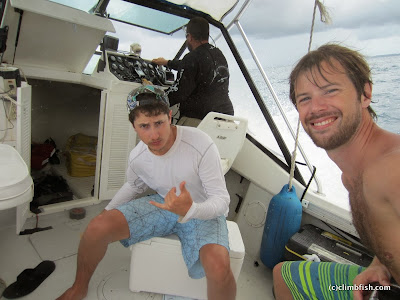 I just arrived alone to Rincon for a weekend of surfing before I fly back on Monday. The swell is up and there is a surfing world tour competition here this weekend. Time to catch some sleep
Posted by Climbfish at 12:28 AM